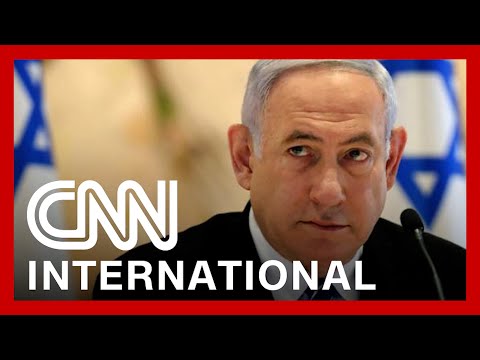 Naftali Bennett was sworn in as Israel's new prime minister on Sunday, after winning a confidence vote with the narrowest of margins, just 60 votes to 59. His victory ends a 12-year grip on power by former prime minister Benjamin Netanyahu, the country's longest-serving leader.
After four elections in two years, Bennett's incoming government breaks a long political deadlock and ushers in the most diverse coalition Israel has ever seen, including the first Arab party to serve in the government. In his speech before the Knesset confidence vote, Bennett celebrated the diversity and warned of polarization within the country.
"Twice in history, we have lost our national home precisely because the leaders of the generation were not able to sit with one and another and compromise. Each was right, yet with all their being right, they burnt the house down on top of us," Bennett said. "I am proud of the ability to sit together with people with very different views from my own."
Bennett became the premier as the leader of Yamina, a right-wing party with only seven seats in Israel's parliament, the Knesset, making him the only prime minister in the country's history with such a small faction. By contrast, Netanyahu's Likud party won 30 seats in March's election. Once again, however, Netanyahu could not cobble together a governing coalition with a majority of the 120 members of Knesset.
US President Joe Biden on Sunday congratulated Bennett in his first statement about the political situation in Israel, saying he looked forward to working with the new prime minister.
"Israel has no better friend than the United States," Biden also wrote in his statement. "The bond that unites our people is evidence of our shared values and decades of close cooperation and as we continue to strengthen our partnership, the United States remains unwavering in its support for Israel's security. My administration is fully committed to working with the new Israeli government to advance security, stability, and peace for Israelis, Palestinians, and people throughout the broader region."
#BenjaminNetanyahu #CNN #News

Did you miss our previous article...
https://newshub247.com/cnn/fareed-cryptocurrencys-anonymity-is-helping-criminal-ransomware-attacks

'A master class in gaslighting': SE

'Mind boggling' data about the

Why MyPillow CEO decided to pull his

The single most revealing fact in the

See Jeff Bezos go to space and back

Trump ally arrested and charged with