From her Baltimore dining room, Susan Goodlaxson can see her neighbor gardening across the street. But while other neighbors stop to chat, Goodlaxson just watches from the window. She uses a wheelchair, and there isn’t a single curb ramp on her block.

If the 66-year-old wanted to join, she’d have to jump her wheelchair down the 7½-inch curb and risk a fall. Ditto if she wanted to wheel over to the library, a trip that would require riding in the street to avoid rampless curbs and broken sidewalks.

“I don’t feel like it’s asking too much to be able to move your wheelchair around the city,” she said.

Federal law backs her up. Since 1990, the Americans With Disabilities Act has required governmental entities to provide people with disabilities access to programs and services enjoyed by their nondisabled peers. That includes sidewalks and curb ramps that make it possible to safely cross the street.

In Baltimore and many other communities across the U.S., there has been widespread noncompliance with this part of the law.

“An awful lot of [communities] have either disregarded their obligations under the ADA or made it the last priority,” noted Tom Stenson, a lawyer with Disability Rights Oregon, a nonprofit advocacy group. “There’s a culture throughout America of not taking the needs of people with disabilities seriously.”

In Baltimore, just 1.3% of curb ramps meet federal standards, according to the city’s own figures. In Oregon, about 9% of corners maintained by the state transportation department are compliant. San Jose, California, counted 27,621 corners with faulty or nonexistent curb ramps. Boston estimates fewer than half of its curb ramps are compliant.

In recent years, there’s been a flurry of class-action lawsuits, including one filed against Baltimore in June, with Goodlaxson among the plaintiffs. 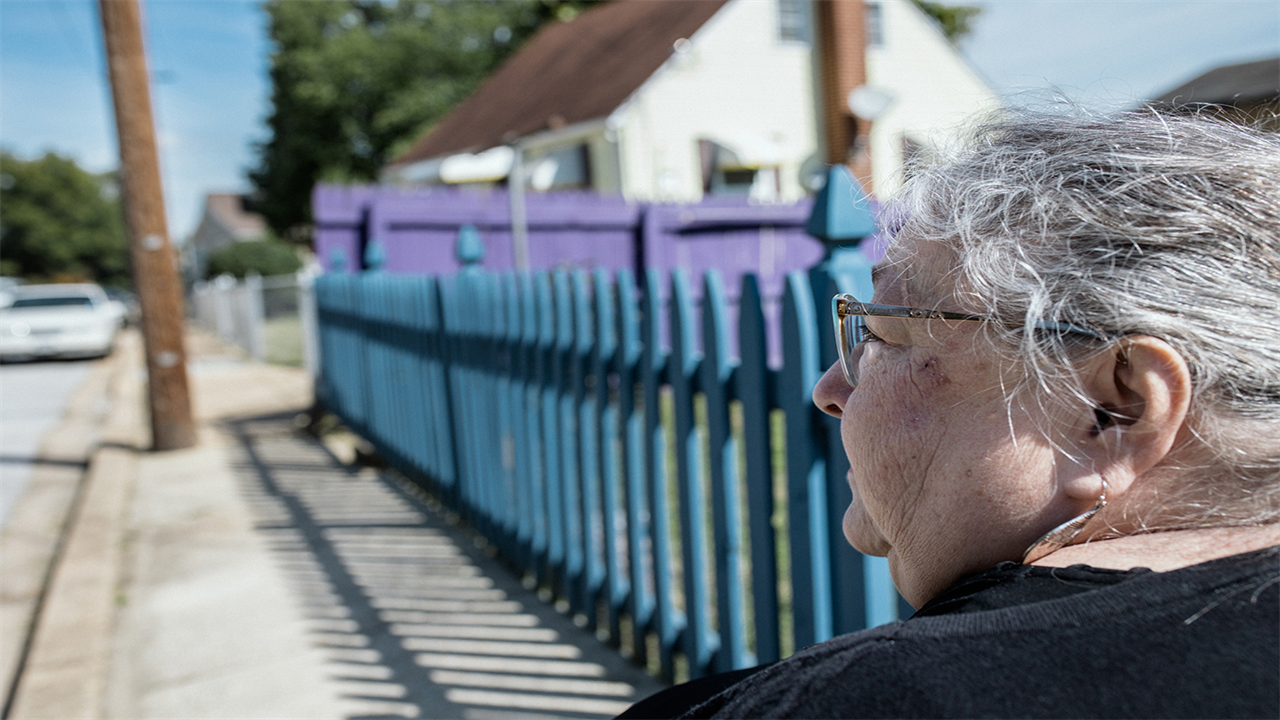 Philadelphia was sued in 2019 over the condition of its sidewalks. Chicago was sued the same year for failure to install audible pedestrian signals, more than a decade after settling a suit over curb ramps. In 2018, Atlanta was sued. A survey there determined that only 20% of sidewalks were in sufficient condition to be used by people in wheelchairs or motorized scooters and about 30% had curb ramps. Seattle settled a class-action suit in 2017. San Francisco and Long Beach, California, were sued in 2014 to make their sidewalks more accessible to wheelchairs.

The city of New York and its transit authority have faced repeated major ADA lawsuits, some alleging the same lack of access for people with disabilities that was supposed to be addressed in a lawsuit that was filed in the 1990s and later settled.

Los Angeles settled what is believed to be the largest of these suits in 2015. Its problems with sidewalks and curb ramps were so widespread that the city estimated it would cost $1.4 billion and take 30 years to get into compliance. In the years leading up to the suit, the city wasn’t allocating money for sidewalk repairs, for the ADA or otherwise, even while paying out millions in injury claims.

In all, hundreds of jurisdictions have faced lawsuits or entered settlement agreements after failing to meet ADA requirements for pedestrians and mass transit users.

There’s a culture throughout America of not taking the needs of people with disabilities seriously.

The sheer number of noncompliant sidewalks, curb ramps, pedestrian signals and subway stations illustrates the challenges for people with disabilities. It also leaves cities in a legal and financial squeeze, with the average curb ramp costing between $9,000 and$19,000. When the court requires a jurisdiction to build thousands of them to catch up, it can strain budgets.

There are requirements covering a curb ramp’s width, slope and other specifications. Even a 1-inch lip can be too high for a wheelchair user to navigate. A slope that is a few degrees too steep can tip someone to the ground. Sidewalks that are crumbling, pothole-filled or otherwise obstructed — with utility poles, for example — force wheelchair users into the street for a dangerous ride.

No one expected the ADA to fix all these problems immediately. Under the law, new sidewalks must be built for accessibility. As for existing sidewalks, a federal appeals court in 1993 ruled that curb ramps must be installed or regraded when the road is altered — say, when it’s repaved.

Yet by 1999 it was clear many jurisdictions were ignoring the law. The U.S. Department of Justice began enforcement efforts, entering into settlement agreements with more than 200 noncompliant jurisdictions representing every state since 2000.

Officials in Baltimore, New York and Los Angeles declined to comment for this article. Tony Snyder, manager of the Oregon Department of Transportation’s ADA program, said siloed funding sources, strict regulations and costs have been among the hurdles over the years.

“It wasn’t that ODOT doesn’t value accessibility,” he said. While fewer than 10% of the state’s ramps meet standards, he said, a lot of noncompliant ramps are nonetheless “usable.”

Kelly Lynch, deputy director and general counsel for the Montana League of Cities and Towns, an association that represents 127 municipal governments, agreed that costs can add up. She’s been working to help fellow Montanans —and, she hopes, officials in other jurisdictions across the country through the National League of Cities — find a path toward full accessibility, even if the steps are incremental.

Some changes, including educating road crews on the rules, are relatively simple. But a bigger problem is a widespread lack of spending on the nation’s infrastructure. “Our streets are falling apart, and so are our sidewalks,” Lynch said. 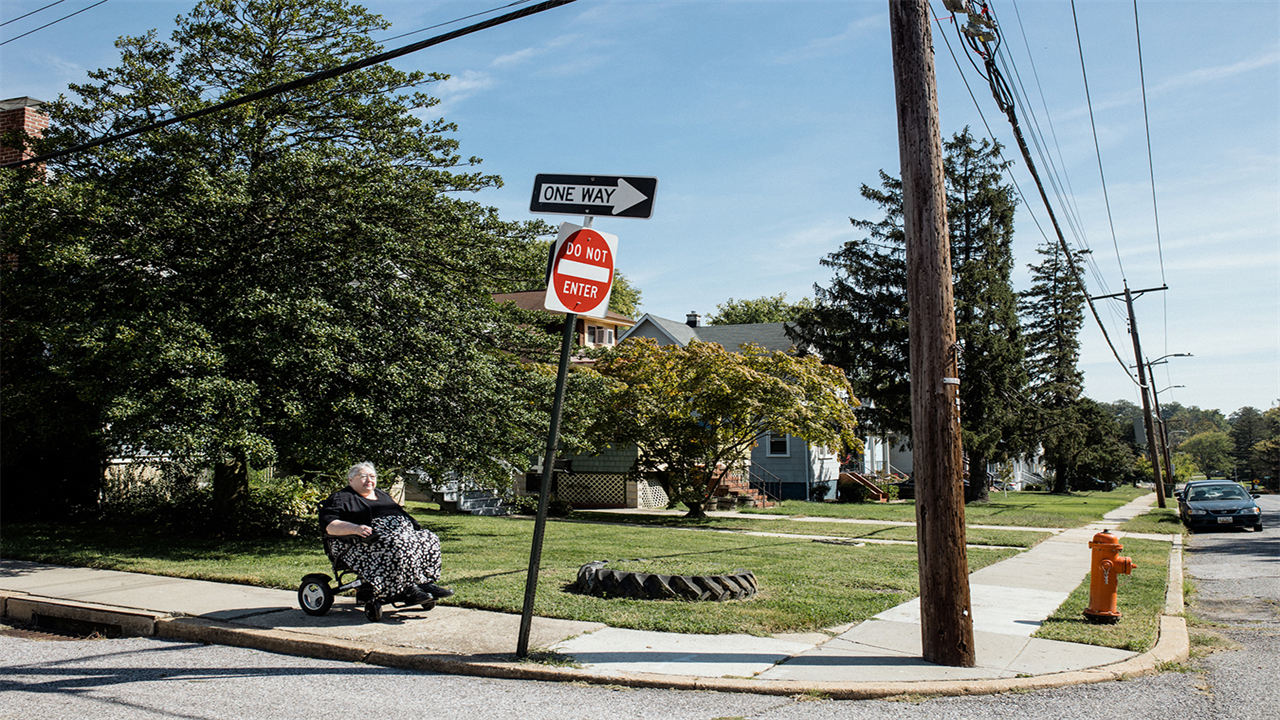 In August, the Senate defeated an amendment by Sen. Tammy Duckworth (D-Ill.) to a $1 trillion infrastructure bill that would have required state and local entities to describe how they would use federal dollars to improve accessibility for people with disabilities and for underserved communities. Sen. Pat Toomey (R-Pa.) called Duckworth’s amendment “politically correct virtue signaling” and argued that transit agencies don’t need that kind of federal oversight.

On top of the broader infrastructure issues, many officials don’t fully understand the ADA or its requirements, Lynch believes. And as the mother of a disabled son, she also said there’s another big factor at play: “People still discriminate against people with disabilities.”

As for Baltimore, Goodlaxson said she repeatedly called the city asking for curb cuts and sidewalk repairs. She remembers a crew coming to look at the sidewalks — and then nothing happening. Advocacy organizations tried to negotiate with city officials, hoping to get Baltimore’s infrastructure brought into compliance on a timetable. When that didn’t work, they filed suit.

Most of these kinds of ADA cases begin similarly, with negotiations long before lawsuits. Some jurisdictions settled quickly and worked hard at improvements. Other cases go less smoothly. Oregon’s transportation department, which was also sued, is in danger of missing its construction deadlines under the settlement. Some repairs had to be redone because they still fell short of ADA requirements.

Sometimes cities try to get cases thrown out of court by pointing to the 1993 appeals court decision and arguing there’s no evidence the road has been altered since then, so ADA requirements haven’t kicked in. In New York, the transit authority argues in an ongoing lawsuit that while wheelchair users can’t ride, say, three-quarters of the city’s subways because there are no elevators, they can instead take the bus.

Some jurisdictions fight bitterly. Los Angeles spent five years in court before agreeing to settle. Linda Dardarian, one of the plaintiff’s attorneys, said cities don’t fully recognize sidewalk and curb ramp accessibility as a civil right. “They have viewed it as just another maintenance obligation, [like] grooming street trees.”

When the case was settled, the judge ordered Los Angeles to pay nearly $12 million to cover the other side’s legal fees and costs, on top of the estimated $1.4 billion it will cost to come into compliance.

Under these settlements, repairs often stretch a decade or more, and the city or town typically must pay for surveys, measurements and disability consultants to ensure compliance.

From the plaintiffs’ point of view, the challenge of these lawsuits is that there isn’t a huge hammer to hold governments accountable.

“If you don’t build the ramps, the penalty is you have to build the ramps,” said Stenson of Disability Rights Oregon, which provided legal representation to a plaintiff in the Oregon transportation department suit.

For those who can easily get around town, the issue can be invisible.

Goodlaxson didn’t see the problem until she began using a wheelchair five years ago, after surgery for a brain tumor. She remembers seeing people riding their wheelchairs in the street, thinking, “that doesn’t look safe. But I didn’t give it any more thought.”

Now, she realizes “people are terrified, but they can’t do it any other way.” 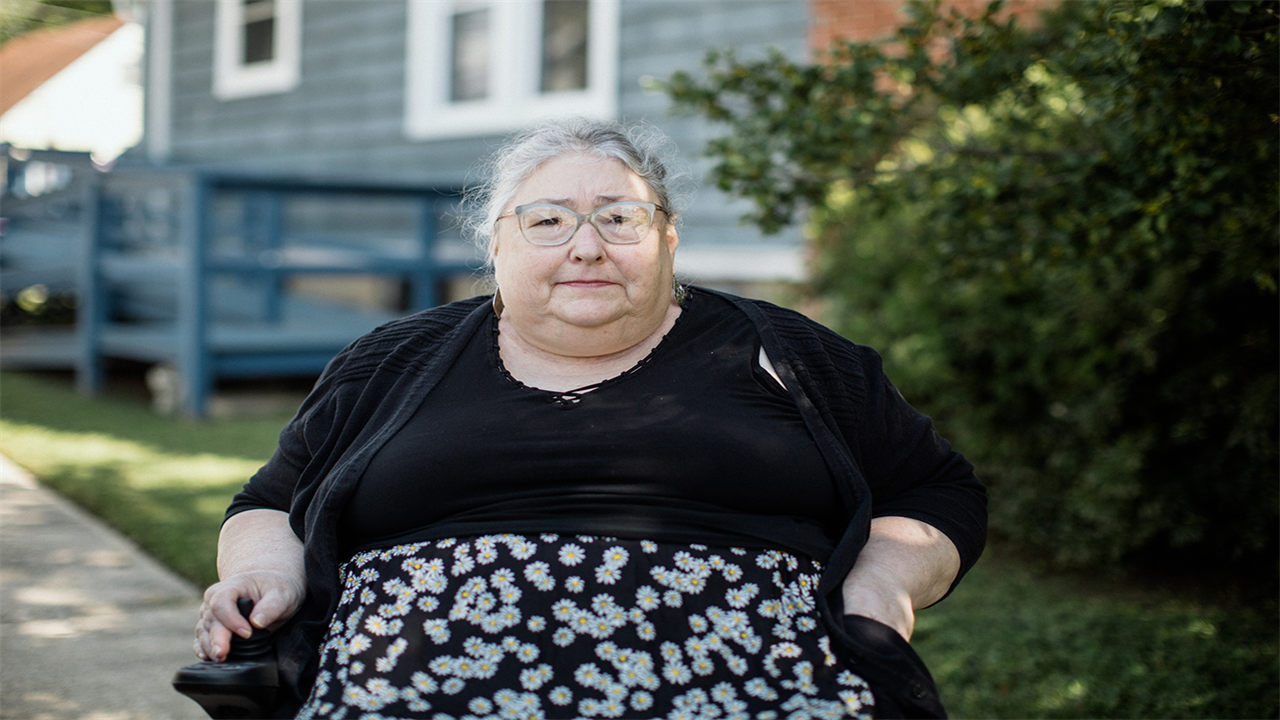 Reluctant Localities Are Being Dragged Into Court to Fix Sidewalks for People With Disabilities https://khn.org/news/article/reluctant-localities-are-being-dragged-into-court-to-fix-sidewalks-for-people-with-disabilities/

Scientists Search for Cause of

Reluctant Localities Are Being